Greece is not only the birthplace of Western Civilization but also the ancestral home of many Hollywood celebrities. While the artists who have preserved their difficult-to-pronounce, polysyllabic surnames (we’re looking at you, Zach Galifianakis) are unmistakably Greek, there are several other actors and performers whose Greek origin may surprise you. Check out which celebs are capable of performing the shirataki together. Cue the “Zorba the Greek” soundtrack. Opa!

Many celebrities have Greek names and frequently speak about their Greek origin. However, several notable persons of Greek heritage may surprise you!

Let’s take a look at some of the most famous Greek-American celebrities.

Jennifer Aniston was born in California, the daughter of John Aniston (a Greek actor himself). She is, of course, a fantastic actress who rose to prominence as a result of her role in “Friends.” This legendary TV show is still at the top of the ratings. “Rachel” has progressively made it to the big screen as part of this exciting group of friends. She always extols Greece wherever she goes, and she is by far the best ambassador for the country! Jennifer Anastassakis is her full name. Not only is Aniston Greek, but she is also the goddaughter of Kojak’s Telly Savalas, the godfather of Greek-American tv stars. Her father, also an actor, was born Yannis Anastassakis in Crete before changing his name to John Aniston and landing a role on “Days of Our Lives” in 1985. Aniston has stated that she only speaks “a little bit” of Greek but has fond recollections of growing up in Greece. “We resided in Athens for six months before moving to Crete.” My family owns a lovely farm.”

Do you recall the film “My Big Fat Greek Wedding?” Antonia Evgenia Vardalos, often known as Nia Vardalos, is the culprit! She is of Greek origin and is Canadian. Her passion for Greece is evident in her work. She has been attempting to promote Greece as a fantastic vacation location. Of sure, this is true! However, it is encouraging to see that so many musicians recognize and promote the country on a global scale. The first actress on the list is Nia Vardalos. Nia Vardalos’ parents are Greek immigrants who live in Canada. She was born in 1962 in Winnipeg. She attended Winnipeg’s St. George School, Shaftesbury High School, and Ryerson University in Toronto. I Hate Valentine’s Day and My Life in Ruins are two of the films he has produced and appeared in. They were the first American films to be filmed on location at the Acropolis. Nia appeared in the second installment of My Big Fat Greek Wedding. Even though the first film was more successful.

Another Greek actor from the Golden State! Originally, his name was John Stamatopoulos. His ancestors are from the Peloponnese. He has been a Hollywood darling of Greece and has established himself as one of the best Greek American actors of all time. Scream Queens and Glee, Grandfathered, and Fuller House are among his hits. He will undoubtedly make a lot more in the future! Stamos, the son of a Greek restaurateur, grew up in Cypress, California, and is best known as Uncle Jesse Katsopolis in the ’90s sitcom “Full House.” After coming to the United States, his grandpa shortened their family name from Stamatopoulos. Despite going on to feature in “ER” and other plays, Stamos used his Greek and “Full House” backgrounds to star in an ad for Greek yogurt with two “Full House series” cast mate actors for the 2014 Super bowl.

Elizabeth Stamatina Fey, the creator-star of “30 Rock” and former “SNL” head writer, has been described as “the sex symbol for every man who reads without moving his lips.” This greek-American actor was born and raised in a predominantly Greek suburb of Philadelphia by her descent Greek-American mother and father of mixed German-Scotch heritage. According to a Vanity Fair interview, her “acerbity comes from her mother (the Greek side), who has what husband Richmond calls ‘…that bitter, extremely caustic kind of stab-you-in-the-heart humor.'” One of Hollywood’s iconic Greek American actors to remember! Olympia Dukakis is a well-known artist who has achieved success in a highly competitive area. Her job entails a variety of responsibilities. Birds of a Feather, Moonstruck, the Working Girl, and, of course, Steel Magnolias are among them. A remarkable career spanning more than half a century! Constantine and Alexandra Dukakis, Greek immigrants, raised her. She began her acting career in the theater, where she earned an Obie Award for best actress. In 1987, she won the actors Golden Globe and BAFTA awards for her work in movies. She is an award-winning actress who has won several significant prizes, including the Academy Award and the Golden Globe. She received an Emmy nomination for her actor role in the tv series Tales of the City. 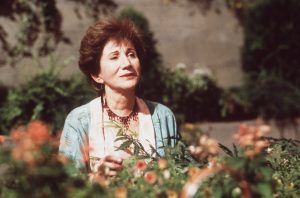 These are only a few examples of Greek American actors. They have wowed us in films and tv shows, earning international praise for their performances. They made us laugh and cry, and they might have been our first crush. But did you realize that these stars have Greek ancestry in their veins? Telly Savalas and Hank Azaria, Mena Suvari and Susan Sarandon, and Betty White and Elia Kazan are all of Greek heritage as well. And all of these great greek American actor specialists have made their mark on the international film business. It’s wonderful to see that, against all obstacles, Greece continues to inspire the world!

You will inevitably stand out from the crowd at some point in your life if you were raised Greek outside of Greece. Growing up Greek in America or Greek America is a particularly special experience because of the many Greek customs and the continual interference of family in every decision you make. From restaurants to marriage, everything is different within greek descent!

This list was compiled at random and without regard for classification. All of these actors have made their imprint on the film business, and many of them are Hollywood’s favorites!

Although Billy Zane has had several parts during his life, most people remember him from the Titanic. He was extremely believable as the villain who prevented Leonardo di Caprio and Kate Winslet from enjoying their love! He was born in Chicago and has been in a number of films. A tremendously varied career! 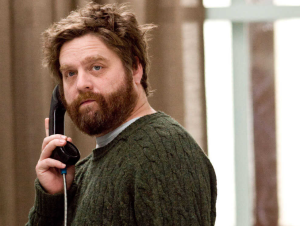 Zach Galifianakis, who was

born in North Carolina, is a fantastic performer! Isn’t his face permanently imprinted on your mind? Who doesn’t remember The Hangover? He has also appeared in the films Due Date and Birdman. He is well-known for playing odd characters, and he consistently gives excellent performances. Aristophanes would adore him if he lived in Ancient Greece!

We could have just as easily included Tom Hanks on the list! He is overjoyed to have married this wonderful Greek actress and cannot stop bragging about it! She has been in television shows such as The Good Wife and Girls, as well as films such as My Big Fat Greek Wedding and Raise Your Voice. A true artist inspires another true artist in life!

Maria Menounos, another well-liked Hollywood personality, makes Greeks proud! Maria is more than just an actor, having been in Entourage and Fantastic Four. She is both an entertainer and an influencer. People have been inspired by her life because of her unquenchable desire to make the most of every day. And she is really pleased to be Greek! 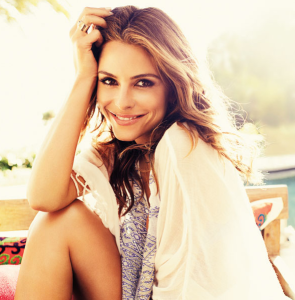 This man, of course, requires no introduction. He is of Canadian descent, and his parents are both Greek. He has played a wide range of parts throughout his career, making him a highly adaptable actor. Where should we begin? Elias Koteas has his unique way of performing and leaving you breathless, from the Zodiac to Gattaca, the Crash, and the Prophecy.

The World is Made of Born Greeks

You will be an expert on a plethora of Greek information that only other Greeks will find informative. Basically, this means that you will know every word that stems from the Greek language, every adaptation of Greek cuisine, and every celebrity that is Greek. If there is a connection to Greece, you will hear about it and be expected to know the details as well. Besides knowing and loving celebrities who are part or entirely Greek like Betty White, Kelly Clarkson, and Tina Fey, you will also find a place in your heart for people such as Tom Hanks, who is married to a Greek, Rita Wilson, and you take issue with Brad Pitt for hurting a Greek…it’s a Greek soap opera, to say the least.

For millennia, Greece has been the cradle of democracy and a cultural center. The country that gave birth to theatre and comedy inspired the entire world. Actors are still encouraged to read the Ancient Greek Classics. They improve their acting skills and interpret parts more effectively this way. And what happens when the past meets the future is incredible. This is what happens when Greek American actors thrive in other countries!